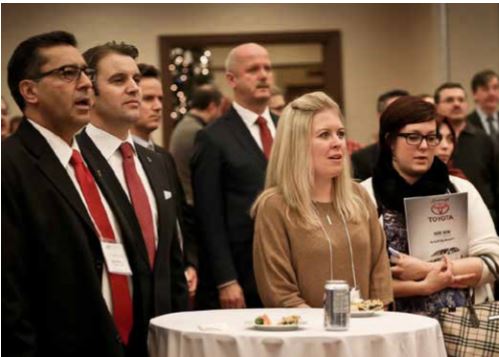 The two countries already collaborate as long-standing allies in NATO and cooperate in various multilateral forums, but they have not discovered each others’ true potential.Yet Although the sectors in which Canadian and Turkish entrepreneurs have had the ability to establish important business connections are increasingly expanding, there needs to be a forum that creates this initial point of contact. In this regard, the 1st Annual Turkic Convention held in Ottawa stands as a landmark event, which brings together not only those of Canadian and Turkish backgrounds, but has opened up the forum of dialogue and interaction to those inhabiting the Turkic world as a whole.

The success of the convention is a testament to the importance of and need for such events and will hopefully be the first of many, leading to a long and prosperous connection between Canada and the Turkic world. The Convention featured two panels on Turkey-Canada Relations, a luncheon with participation of the dignitaries from both countries and a Gala Reception to celebrate Turkic Heritage in Canada and to establish a landmark event for Turkic Canadians resembling the Turkic Canadian solidarity. Prior to the convention, AHF also hosted a welcome reception for the delegations from Turkey and the USA at the new Intercultural Dialogue Centre in Kanata.

Speakers at the Convention include: